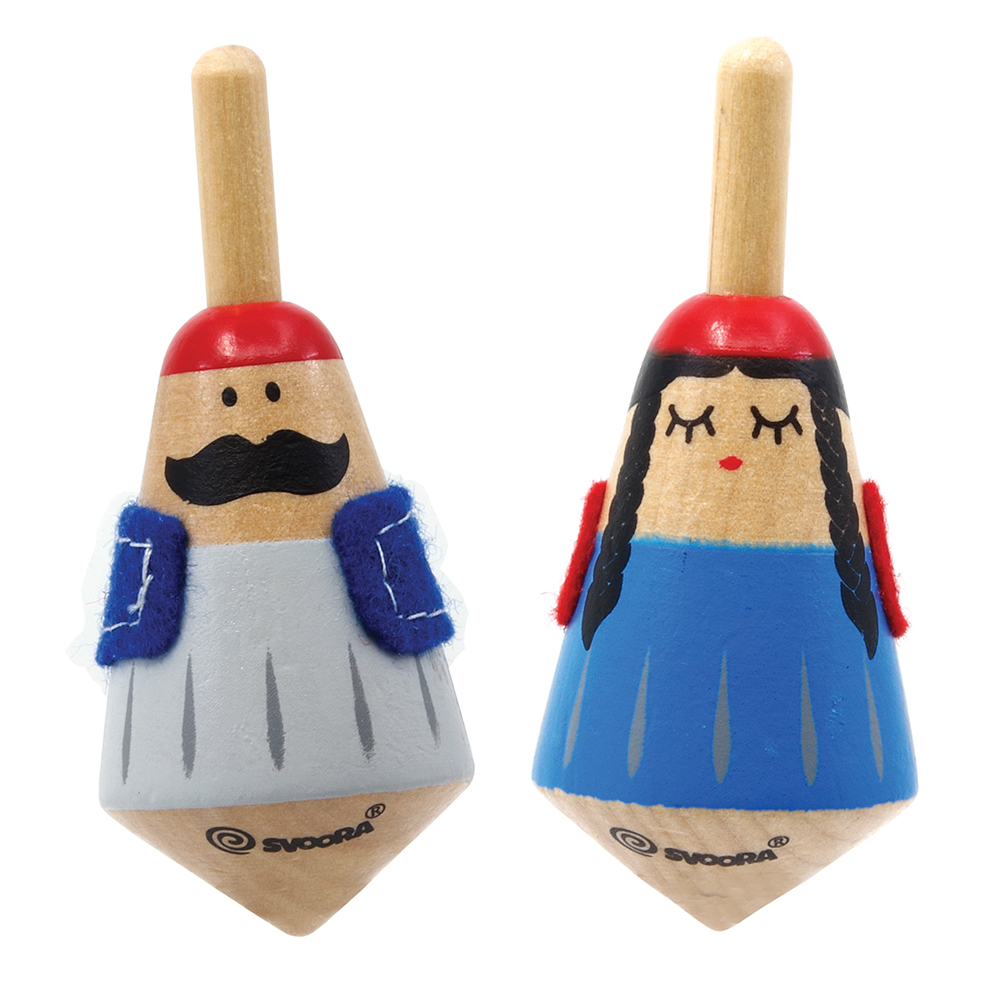 Once worn by the fighters in the 1821 Greek War of Independence, the traditional costumes for mainland Greece obtain concrete features. A kiltlike garment known as “foustanela” for the men and a dress made of simple cotton pleated dress as a base, with a sleeveless wool vest over it, for the women. Traditionally dressed, the male and female Greek Figures, known as “Tsolias” and “Karagouna”, are here to spin around and dance, as Greek people like to do! One of the most famous traditional couples of “Tsolias & Karagouna” was “Tasos & Golfo” that embody a beautiful romantic story of an unfulfilled but unconditional love!

All of our products have been tested and successfully passed the most strict tests conducted by independent testing labs, according to the Toy Safety Regulations of EN71 and ASTM.